The other partners were represented by organizations from Turkey, Czech Republic, Bulgaria, Italy, Catalonia (Spain), Palestine, Jordan and Lebanon, in total 25 participants.

The training course aimed at

• Exploring the challenges that intercultural dialogue faces in the Euro-Mediterranean context and the role of youth work in developing basic competences promoting core values central to human rights;

• Increasing the quality and develop strategies of cooperation, especially in the Euro-Mediterranean area, creating synergies and create basis for moving towards increased networking of cooperation between organizations that work with youth and communities and promote dialogue among cultures.

“Dialogue Responses” intended to put dialogue in the heart of the processes: through the exchange of non-formal education methods in work with communities and youth work, the course wanted to make its input in challenging stereotypes and xenophobia.

The themes raised at the training, resulted to be very relevant taking into account of today’s discourse and challenge on migration and supporting/not supporting refugees in Europe. 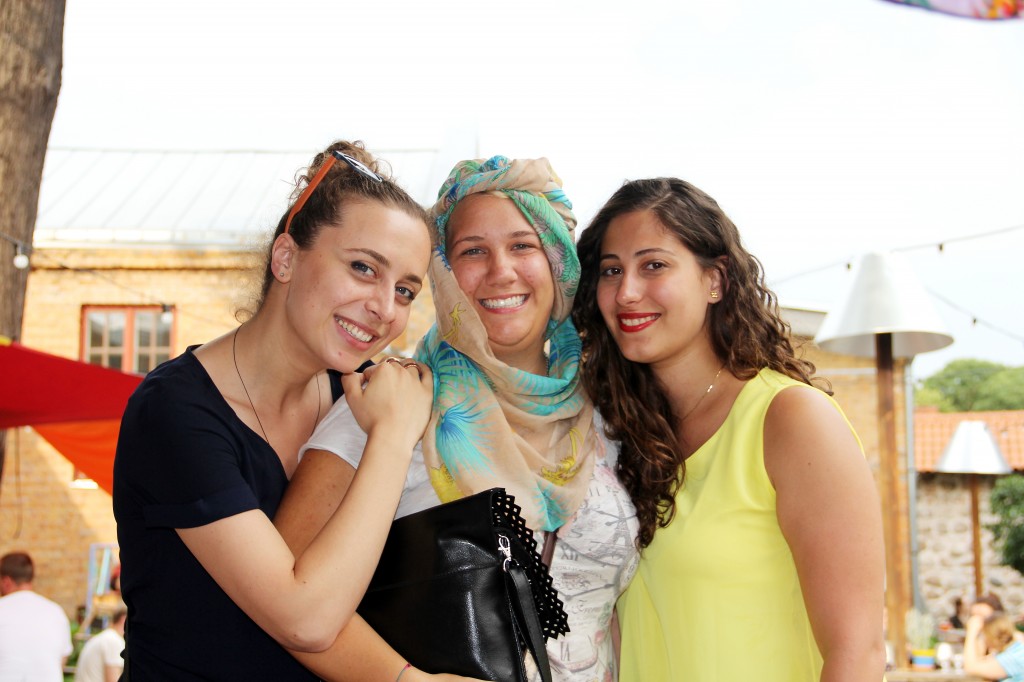 The program in the beginning took place in Otepää, Marguse Puhkekeskus (http://www.marguse.ee/en/) and then in Tartu city.

While working in nature and beautiful Etonian backgrounds, we could get to know eachother and build a coherent group and then explore the Dialogue topic, its understandings and other aspects, realted to Intercultural Dialogue, such as Culture, Cultural Identity, Sense of belonging, the process of how stereotyping is formed, share out contexts in terms of Cultural Diversity and Dialogue.

In Tartu there was a chance to put the experience and creativity into action through participation in the discussion of the Tartu session about Mygration(s) in frames of the “Opinion festival” (“Arvamus Festival”).

On the other hand Ethical Links in cooperation with the TARTUFF film festival (http://2015.tartuff.ee), which took place on the days of the training course, organized the “Middle-East room” and Gen

ialistide Clubi (http://www.genklubi.ee) hosted together with us Middle-East party in the garden.

Participants contributed in the Middle-East room, speaking to people,

hosting them, playing music and for the Party, in smaller groups participants prepared some public actions, which they run in Tartu town, such as “Free Hugs”, FAQ on Middle East and Dancing and Singing performance, where they invited the public to join the party. The group of participants intended to engage Estonians from Tartu into talking about their feelings and knowledge on Middle East.

The Mobility of Youth Workers Project was supported in frames of the Erasmus Plus Program of the European Commission of the EU.