This posts was published in occasion of the study visit done on the event of the Grundtvig project “Democratic Memorial: the Ebre’s battle case”

Sometimes you’d be surprised when you look up instead of watching your steps. 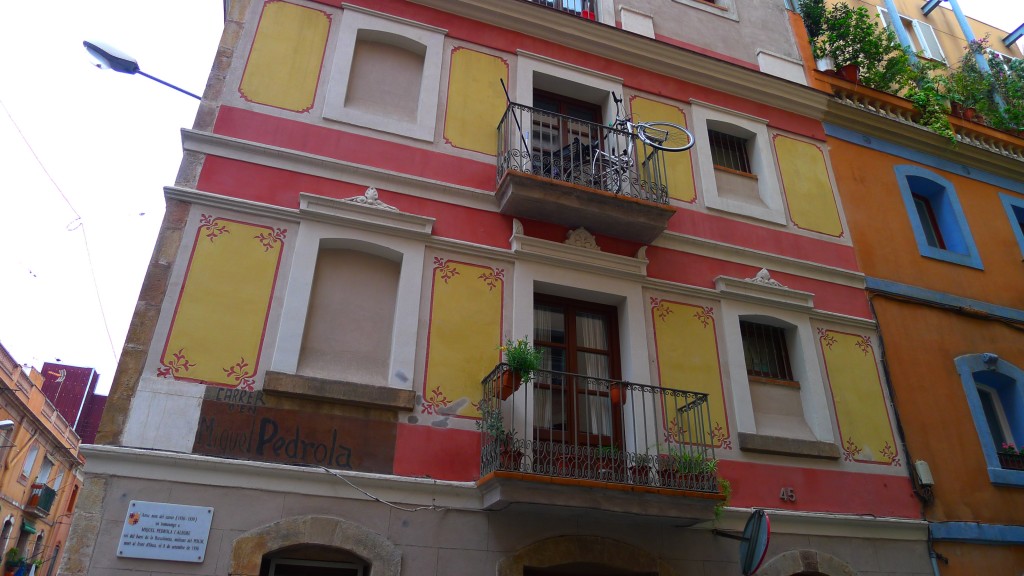 Hidden glimpse from the past may appear in your sight when you least expect it. This is what happened to Daniel Cortijo, a historian from Barcelona. A year ago, while wandering around in the streets of Barceloneta, he suddenly noticed some letters underneath the rendering on the wall of a house in the street of San Miguel.

There was a construction going on and parts of the former finishing of the house were stripped off. He got curious and started dis-covering what was hidden. After delicate restoration work he found: Miguel Pedrola. He continued his scavenger hunt in archives and with talking to older residents of the quarter and finally the man behind the letters appeared. 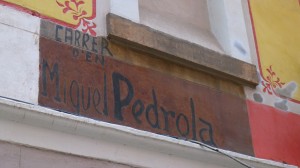 Miguel Pedrola i Alegre was a militia of the trotzkist party (POUM) who was killed 8 September 1936 at the frontline of Aragon in the battles between the Republican and the Franquist army. As a tribute to his memory the Republican government named the street of his home after him. In the war times the street names were painted straight onto the wall and after the fall of Barcelona the fascist government covered all signs of Republican presence and created new names. In this case from ‘Miguel Pedrola’ to ‘San Miguel’. After this discovery Daniel tried to find allies in order to keep the memory alive, and with the help of the association of neighbors, the street now bears the original writing from the war times as well as a memorial plaque. Once being aware of the way the past can come to the surface, maybe you can find more examples. There is at least one more we know of, so if you happen to be around Plaça Josep Oriol look up on the walls of the church and suddenly you will find yourself at ‘Plaça del Milicia desconegut’. If you have discovered more traces of hidden past on the walls of Barcelona, please let us know. 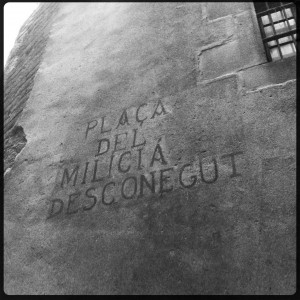