The opinions of the article do not necessarily reflect the position of Trajectorya. This post is the result of a co-operative learning exercise developed by participants of the Training Course on Human Rights Education (Estonia, July 2012).

Is Estonia the promised land for children and parents? According to Unicef’s representative in Tallinn, it is!

We wanted to learn about Children’s Rights in Estonia and decided to visit UNICEF because of their reputation as an expert concerning questions about children and youth. We met with Mr. Toomas  Palu at the main office in the Kopli area of downtown Tallinn. He told us the following:

–       That the level of computer usage among the youth is a big problem in Estonia today. Many youngsters spend a great deal of time in front of the computer screen, and tend to become isolated in addition to using the Internet in potentially dangerous ways (for example playing violent games, watching pornography or being contacted by bad persons). Usually, parents are not aware about the risks associated with Internet and addictive computer usage.

–       Children in poor families have tougher conditions and fewer opportunities. This is especially true in families with unemployment.

–       The Estonian municipalities contribute with necessary equipment for school children, for example books, pencils, colors etc. The municipalities also pay certain costs connected to the the leisure time of the youth.

–       The youth in the minority groups of Estonia doesn’t face any particular difficulties in realizing their rights and are not subject to being extra vulnerable.

–       Estonian parents are able to have three years of parents leave without loosing their job and keeping their full wages during the entire period. When the period ends, it is easy for the child to be accepted in the kindergarden system, which is cheap and convenient. Since the Estonian companies are so flexible it is easy for parents to pick up their children from kindergarden, without having to pay for extra child care services.

We felt it was an interesting introduction to Estonia and the children rights situation, but was a bit critical to parts of the presentation. After consulting a number of Estonians having experience in this field we found some differences and inaccuracies, and in general the picture that was conveyed was too idealistic. For example, our impression is that children in minority groups generally are disadvantaged. Rather than adressing the real issues of inequalities, that are related social factors, ethnic identity and mother tongue, the main explanation was focused on geographical location. 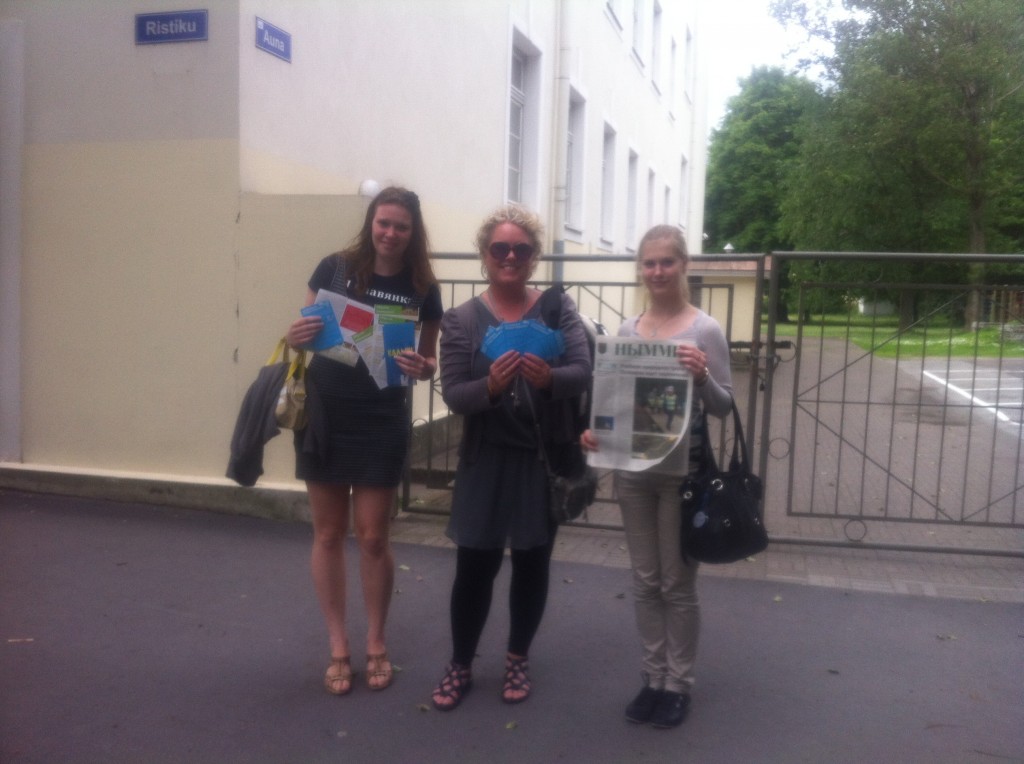