This is the first post of of reporting and sharing the day-by-day from the Capacity Building training – lasting 19-26th of February and taking place in Tallinn. In the previous posts you may read about the Project “Expressions in Dialogue”, in which frames this training is taking place.

The morning 20th February, greeted the group with slow snow-fall, which we could observe in the yard from the windows in the plenary-room called Kalev (after the great Estonian epic hero).

The day started with the introductory moments: overview on the Project’s story, its objectives and program, the introduction to the methodology of Living Libraries. The getting-to-know each other process continued altogether and in national groups. The questions to start reflection were:

The participants created videos abut the challenges to ICD in smaller teams. We analyzed the films and explored the results of work in groups. Through the working groups and based on personal experiences, we identified the challenges to Intercultural Dialogue in our contexts and raised important dilemmas today, that are commonly shared, such as

By the evening the theme of Identity was on stake. Who are I?

Identity is unique, complex, dynamic, relative and socially constructed. And people are multicultural entities with common humanity, that everyone shares and that lays at the basis of the concept of Human Rights. But we have sense of belonging to social groups, which is a natural and is based on common/shared parts of identity and culture.

There were many deep and inspiring reflections after “pealing the onion” of identity, and, of course, moments of laughter and jokes. The coming day it was to be continued…

Some of the reflections and conclusions from the participants after the day 1 were:

The day ended up with the Euro-Mediterranean evening full of stories, presentations, dances and some eatable and drinkable elements from our regions to taste. 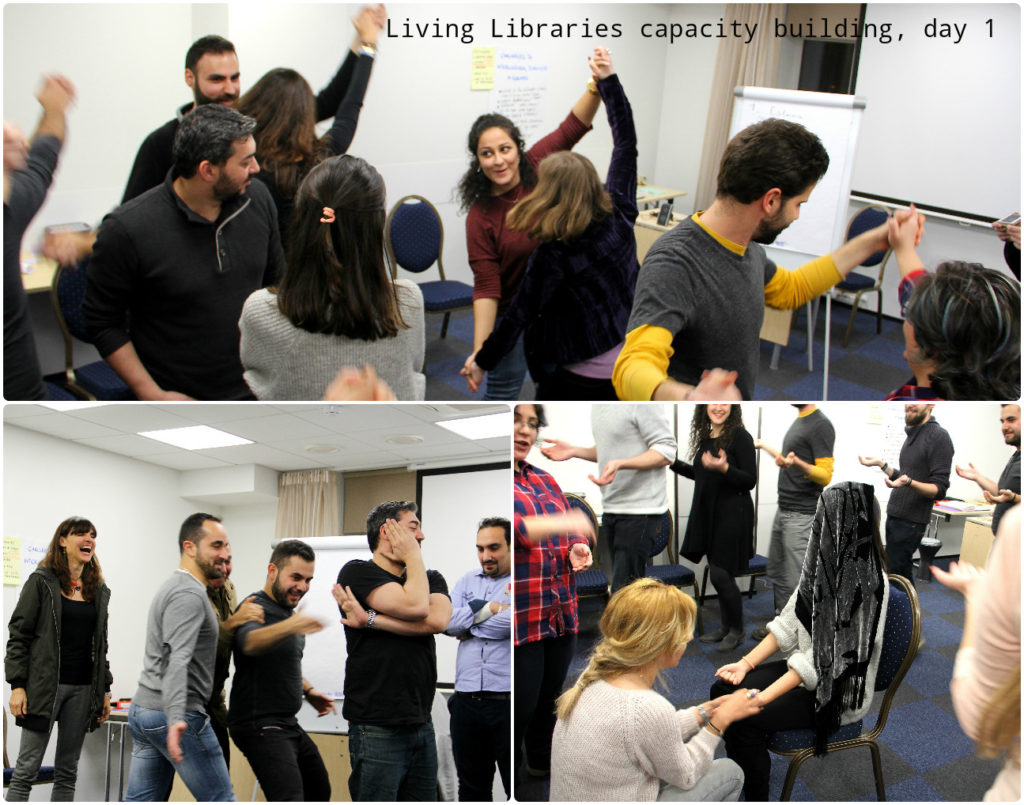