The opinions of the article do not necessarily reflect the position of Trajectorya. This post is the result of a co-operative learning exercise developed by participants of the Training Course Ahead 4 Convivencia (Catalonia, November 2010).

Diversity or diversification or…? 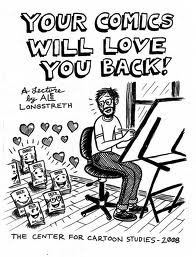 Have you ever had the feeling while watching the news that you are living in a different reality and the news are a kind of cartoon none the less seemingly they refers to the reality?

Apparently the media had dispising the reason why media ethics was invented. We can say that most of the interpretations are noting else but an abstraction which can be used as a tool to represent a very different reality for us about us for some reason.It can be dangerous because we don’t really have the opportunity and time to to find out if the represetations what are being suggested there are effectively true or not.

These news are mostly based on stereotypes and prejudices and are used as a tool to increase the number of visitors of the site or  the chanell so they can sell advertisement on overheated price.

Most of us have different opinions about certain issues. If so, we have the chance to change this monopolized situation because we have the right to agree or not agree nevertheless we live in a democratical system or not, on the representations what the media transmitting towards the society we take part.

Plese let us know if you have an idea or you already started to share your reality with the others!