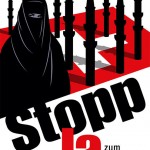 An article from our colleague Yunus former participant in Exploring Dialogue

Last week, Swiss people voted for banned of minarets in Switzerland. According to Swiss laws, if you want to make a law, you should collect at least 1000.000 signatures from people and then all people in the country vote for or against it. So they have done it and result is 57% no for minarets. By the way, minaret is a tall thin tower on a mosque. It is used to call people to pray. But in non-Muslim countries, they don’t do it.

There are about 300.000 Muslim people who live in Switzerland. And there are 150 mosque and 4 of them with minarets. So practically, they do not have minarets in the mosque. Because of municipality does not give permission. But now they have put it to the law. To be honest, there is no obligation to have minarets in Islam. People still can go to mosque and pray. However, what I have seen in this issue is they wanted to limit of freedom of Muslim people in the country. This makes them uncomfortable in their country, Switzerland.

Another sad thing is this law did not come from a racist or extremist party but from people. That is why I am afraid more. We are used to have “Le Pen”s or “Geert Wilders”s in European politics. However, we are not used to meet thousands and thousands of people who is against of Muslim people’s freedom.

I really would like to understand them but I cannot. I think the motto of in democracy is Liberté, égalité, fraternité, (liberty, equality, fraternity) as basic principle of French Revaluation. So I think Switzerland has missed some parts of these 3 big words. First this law is against the religion liberty, and then against equality of Muslim and other people and finally that kind of things increase xenophobia among people. These kinds of laws increase the hostility and hate among people.

How can you explain me that in an area, churches can have bell towers but mosques cannot have minarets? What kind of democracy is it? According to me, It is a clear disobeying of Declaration of Human Rights.

I haven never heart to ban a bell tower of a church in a Muslim country or in any country in the world. So what Swiss people wanted to do? A few days after this vote, I have met with a Swiss activist, and we have talked with this issue. She told me they would protest it and do something with it. Moreover, she told me “I should not generalize it to whole Swiss people. Ok I am not trying to do. But how could this article pass? We know Swiss people as liberal and open. Has is started to change?

One thing can change this law. This is European Court of Human Rights. I hop ECHR do something for a democracy.

My Europe, do something!