The opinions of the article do not reflect the position of Trajectorya. It is the result of a field reserach developed by participants from EuroMed region in Tallinn in the frames of the TC Exploring Dialogue.

We tried interviewing 9 people in the street, but only six of them spoke English. So, not having a Russian or Estonian amongst us was a bit of a problem. We spoke to 2 young girls, 1 older lady, 2 young guys and 1 older gentleman. 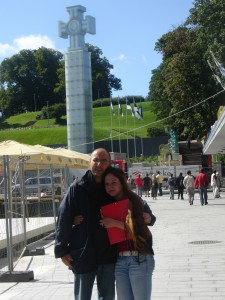 We asked them 5 main questions:

1) How many political parties are there in Estonia?

4 people answered there were 6 parties. 2 said there were 9. Wikipedia says there are 6 in Parliament and 3 other minor ones.

2) Which are the main parties?

Keskerakond (Center Party), which normally gets most Russian votes.

Reformierakond (Reform Party), which traditionally gets most Estonian votes.

3) Which Party is in power, and howe often does the governance change? (is the government relatiovely stable?)

The Reform Party is in power at the time. Most people we asked said the governament changes every 4 years or so. 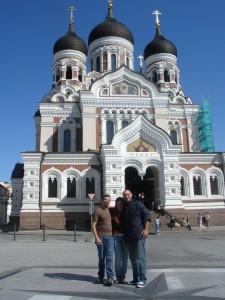 The Reform Party was established to reform Estonian economy, after it was destroyed by the Soviets. Most Estonians vote by economic ideology and interests.

5) Are minorities represented in Estonian politics?

There is an Estonian community and a non-Estonian one (made up of Russians, Tatars, Jewish and other nationals). Surprisingly, there are no minority parties, and most minorities also vote based on economical interest. An example is the Russian community, comprising Estonia´s highest and lowest levels of economy, and therefore voting quitedifferently