An article from our colleague Marie former participant in Getting GLocal 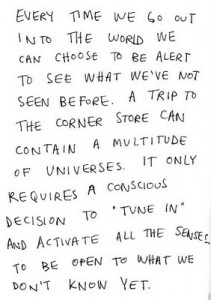 This text is of Keri Smith. Keri Smith is an author/illustrator turned guerilla artist. I found it on a blog on the internet and wanted to share it. I’m inspired by her way of seeing the world differently. I mostly like her ‘Guerilla art kit-book’, where she gives tips to act as a guerilla artist to change the world. I mentioned this writing of her, because I think a lot of situations happening in this world have to do with the sense of FEAR.

People are afraid of what they don’t know. The easiest option is of course go for the easiest way, but we should also sometimes go for the unknown, even if fear is present.

I’m reading the book ‘Letters to a young poet’ from Rainer Maria Rilke. He is considered one of the German language’s greatest 20th-century poets. In his seventh letter he writes the following: “We must embrace struggle. Every living thing conforms to it. Everything in nature grows and struggles in its own way, establishing its own identity, insisting on it at all cost, against all resistance.” We should not be afraid to explore the world with our own senses. Our own senses that sees the mass-media (through which we are influenced daily) in a critical way. To not follow every time what the neighbors do, but to think and feel ourselves. To go our own road. It will be a hard way, but that’s the beginning for now. 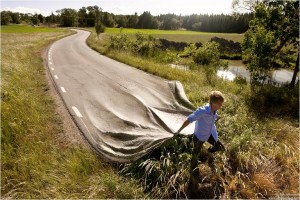